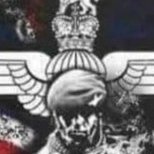 By Centrepin,
Tuesday at 17:01 in Motoring Section