Intelligence and Experience are the key. 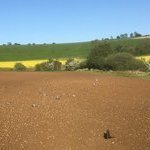