Faking your own death in the bird world 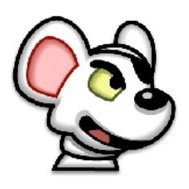 By chrisjpainter,
November 19, 2021 in Country Sports