A Dog and her Boy 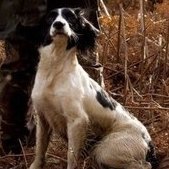 By bigbird,
May 30 in Dogs and Dog Training