Back to back in the wolds 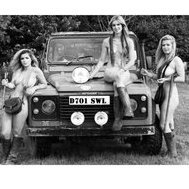